If you haven't met me yet . . . I'm Derek Leman. Like you, I love fantasy, especially epic fantasy. I've enjoyed primarily stories based in a medieval European world up till recently but, like many others, I felt people needed more diverse settings and cultural paradigms. Lucky for me, I spent a decade and a half as a rabbi and amateur biblical scholar. So the Bronze Age world of Mesopotamia is a familiar setting from which I am creating characters, stories, and a fantastic and magical world.

I'm working on my epic fantasy debut featuring ziggurats, sorcerers, demons, witches, kings, and more all set in a Bronze Age culture not unlike ancient Sumeria, Babylon, or Assyria. See more below on The Darkening and sign up for updates on my Follow Page.

The Thief and the Sorcerer's Jewel

She said, "Write a 1,500 word story set in another world that has at least one romantic element." And so I was invited by Renée Gendron, to participate in the anthology, Beneath the Twin Suns. My particular story is set in a Bronze Age time period, of course. A thief must enter the sorcerer's tower because he is seeking a precious jewel.

You can find it on Amazon in eBook or Print here.

. . . His only warning was a faint scratching of stone on stone. He rolled in a somersault and won another second of life by the speed of his reflexes. The beast’s hind leg grazed the left side of his head. The weight of impact smashed him to the floor. He looked up, head aflame, to see the stone-leopard crouching for a second deadly spring. A paralyzing cold rose from Arshaka’s bowels to his aching head. Life drained from his limbs and his knees nearly buckled. . . .

Eldad the Gadarian is hell-bent on avenging his family, but a rising darkness in Haral stands in his way. His journey will intersect with others who are also caught up in discovering and stopping the growing threat before it is unstoppable. A king with a secret. A woman of unusual abilities. A guardian protecting the boundaries of civilization.

The city-states of Haral have been at peace for a hundred years after a long history of turmoil. The balance of power faces a new development which may unravel everything that has been achieved. Some will actively oppose the darkness while others are caught up in it purely by accident.


They came for Eldad about noon. He’d been alone, gloriously alone. It was the king’s men this time and not, like so many times before, his friends and fellow soldiers. Didn’t they understand how hard it was to sleep?

Grief tormented him at night, like a stab in the heart. If he got any sleep at all, it waited for the morning light to peek through his apartment window. And noon was too early.

Now he was standing, angry and tired, before the lordly Urum Sin, looking very regal in crimson robes with a gold fringe and a gold, flat-topped headdress. But Eldad knew the real Urum Sin, the one who always wore the heavy sandals of a soldier with his royal finery.

“Take some ale,” the king said. “You look like you need it.”

Eldad didn’t mind the ale. But he usually waited until the sun was low in the sky. Oh well, the king commands it. He inhaled the malty aroma and took a draught. Just as he was about to compliment the king’s ale he realized Urum Sin was already talking.

Something about a growing threat. As if Eldad had nothing better to do right now than go out protecting the kingdom. Urum Sin’s armies were legendary. He had six sixes of blackblades, damn near invulnerable assassins, not to mention six sixties of commando troops capable of sneaking into a city and murdering a rival king. And then he had the rest of his army besides.

“The reports are from an area to the north, some caves not far from the river. It’s a place smugglers sometimes use.”
“And you’ve sent units out to find out more, right?”

“No,” Urum Sin was standing with his back to him. “I am sending you.”

As much as the ale was helping, he felt the stirrings of a familiar headache. “You have an entire army for things like this.”
They stood silent, Eldad’s defiant look wasted on the king’s backside. Finally, Urum Sin turned to him. He let out a sigh, leaned in, and put his hand on Eldad’s shoulder.

“It’s not just that I need you, my friend. I’d say you need something yourself.” He hardened his face. “And in any case, I’m not asking, but rather telling you, what must be done.”

Eldad ground his teeth but tempered his defiant look under the king’s intent gaze. He knew he was fortunate to be in this man’s good graces and the past few months could have strained that position of favor.

“These smugglers or whatever they are”—the king withdrew his hand and backed off a step—“they have aid of a different kind.” He kept his eyes fixed on Eldad, as if waiting for his meaning to dawn.

“Forgive me, my king, but my head hurts. Please tell me what you’re hinting at.”

“Your head hurts a lot these days!” Urum Sin paused, turning his gaze aside. “Even so, you are better suited to this than any other man on which I could call.”

More than your blackblades? I doubt it. But Eldad didn’t give voice to the thought.

The king began to pace back and forth, one of his habits. “I won’t lie. I’m sending you into danger like you’ve never encountered before. This is something different.”

Danger. He hadn’t given that idea enough thought. Maybe this was what he needed after all. This could send me to her. But the king continued before he had time to dwell on it.

“There are things I never shared with you, before . . .” The king turned to face him, letting whatever he’d planned to say drop. “Well, over the past few months I’ve become aware of new dangers from beyond Haral.”

“From the coastlands? The south?”

“No,” the king crossed his arms. “From the north. The Haunted Waste.”

Urum Sin shrugged. “Someone is moving groups of men south from there, a few here and a few there. I don’t know what it could mean. I will know more once you report whatever it is you find there.”

“Not just you. A unit of blackblades will accompany you. And I want you to handpick three sixes from your men.”
“A small force for an unknown danger.”

“I want stealth, not numbers. If they have superior strength, leave unseen and I will send a larger expedition.”

He hated to admit it at the moment to the king, but he welcomed the change. Even the threat. It sounded like sorcery and demons were involved. The blood-drinking lunatics were not seen outside of the waste. Demons, the stuff of nightmares and old tales, had long been confined to the northern desert where the Old Empire had once stood.

“What do you want us to do if we engage them?”

“No prisoners. A sorcerer would be too dangerous to take alive.”

“I trust you, personally, to handle a demon. Fear is their greatest weapon. Even before this you were the most fearless of all my army. Now, I’d imagine you cherish the danger.” The king scowled, narrowing his eyes.

Urum Sin was right. Eldad felt a familiar lightness in his chest. It had always been this way before a dangerous fight or mission. But death had never worried him less nor seemed so inviting. “When I dispatch them, you’ll leave me in peace for a while?”

“I promise, my friend. Do this one thing for me and . . . who knows? Maybe you will find some desire besides being alone.”

“Desire? Hardly! I had everything I desired.”

The king looked him in the eye, nodding slightly. Eldad could see his thoughts turning inward. “Blackblades and three sixes.” Urum Sin waited for Eldad to acknowledge him and continued. “Be sure you pick Moze and Arnan. More than any others they’ve wanted to be by your side. Meet me this evening, at the eighth hour, in the council room.”

He turned back toward the king. 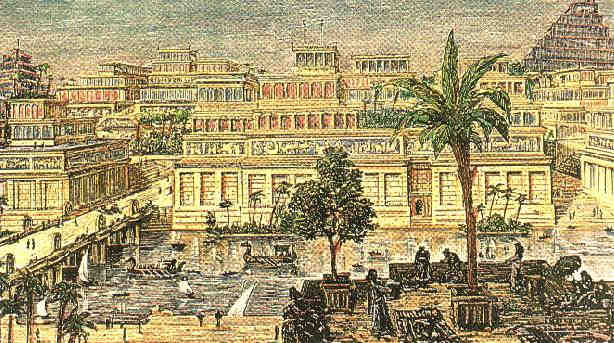